We have achieved our highest overall satisfaction score (85%) since 2014.

Of the 29 areas ofsatisfaction measured,19 have increased since 2014, compared to eight decreasing over the same period (the other two measures were not comparable due to not being measured in 2014).

In particular, the results suggest that it is the repairs service which is perceived to have improved most consistently, with several of these measures consistently and substantially increasing over time. 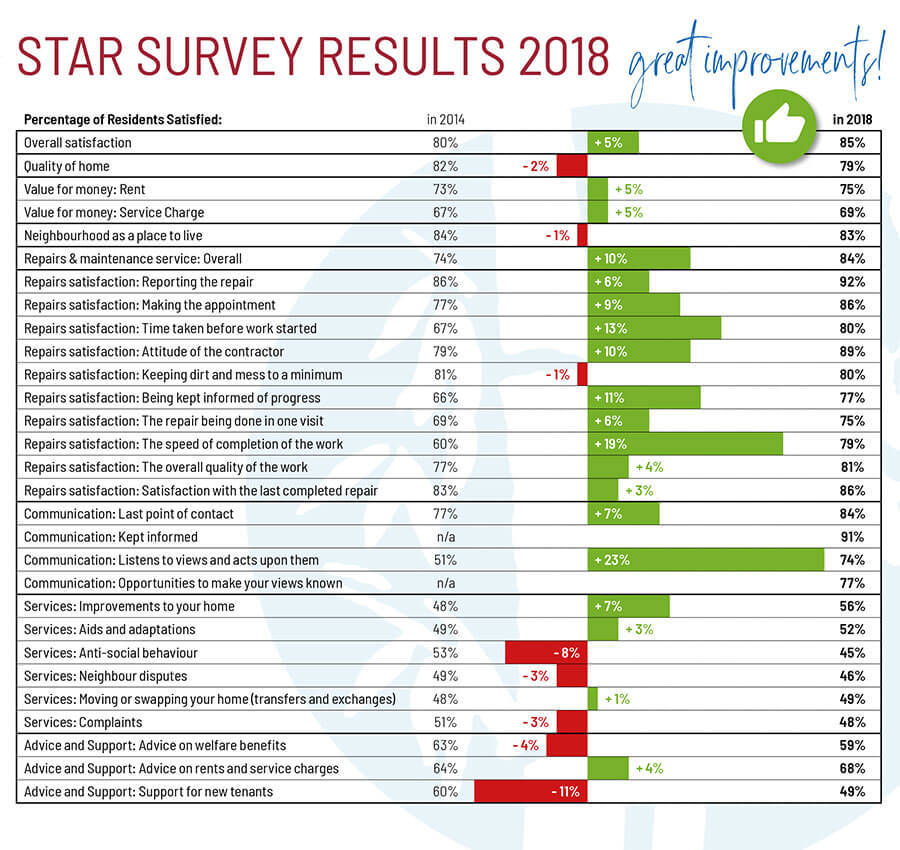